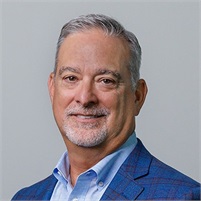 Mike is a builder. During college, he and his dad started a construction company building custom homes. He loves the process of growing things, and it's been a guiding principle of Mike's story.

“The business found me.” After graduating with a degree in Marketing from the University of South Florida, Mike met his future mentor in Ed Chester—his dad’s financial advisor. Soon after, he was working for Prudential and maneuvering his way through the world of insurance and financial advising. The next 20 years saw a constant series of moves with companies buying companies and transfers to new cities. During that time, he worked in sales, sale management as a general agent and finally moved to Austin in 2008 as part of a two-year Succession Plan with New England Financial (owned by MetLife). Mike learned valuable lessons about priorities, teamwork, and going through life with people you care about.

In 2013, while still with MetLife, Mike rebranded as Capital Strategies.  In 2016, MetLife was acquired by MassMutual, and Mike continued with his strategic plan to build Capital Strategies based on the following guidelines:

Mike is a builder. He built a company that is focused on people. It’s a magnet for agents because of the breadth of services, levels of training, the culture of teamwork, and great processes. It has deep associations with companies but is not held by any companies, thereby providing more independent choices for clients.

Mike grew up in Florida and has a childhood love for the water. His time in Denver developed a love for the mountains and skiing. He is also an experienced pilot. Mike and his wife take pride in their blended family of four grown children, five grandkids, and two Boston Terriers.

*Agency officers are not officers of MassMutual