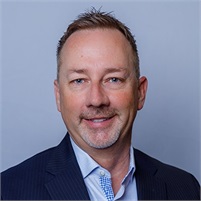 Darren’s life work has been finding ways to be a positive influence. It’s evident in his family, his volunteerism, and his vocation.

Darren’s career started at NASA after graduating from Texas A&M in 1994 with a degree in Aerospace Engineering. He excelled at analytical thinking and problem solving but had a restless desire to impact people, not projects. That aspiration led Darren into a successful career in sales with an industrial manufacturing firm, where he helped clients throughout the United States. A serendipitous conversation with his financial advisor coupled with a weariness of constant travel-induced Darren to earn his financial certifications. He began working for American Express Financial in the Fall of 2001.

At last, that yearning to have a positive impact on people was coming to fruition. Infused with multi-disciplinary experience, Darren served as Financial Advisor, a Sales Manager, and a Field Vice President. In 2009, Darren moved his family back to Texas and joined the MassMutual South Texas leadership team. Together, they created the forward-thinking infrastructure to scale up and serve financial advisors and agencies into the future.

Outside of work, Darren has been committed to the Special Olympics organization since the 8th grade. In 2012, he helped start an adult special needs facility to help those who age out of the school system. It provides community, vocational education, and athletics—and gives those participants a sense of purpose. In addition, he serves as the Competition Director for basketball and track & field tournaments.

Darren and his wife are raising two daughters who are active in the performing arts. Their family vacations are spent on warm, white sand beaches.

*Agency officers are not officers of MassMutual